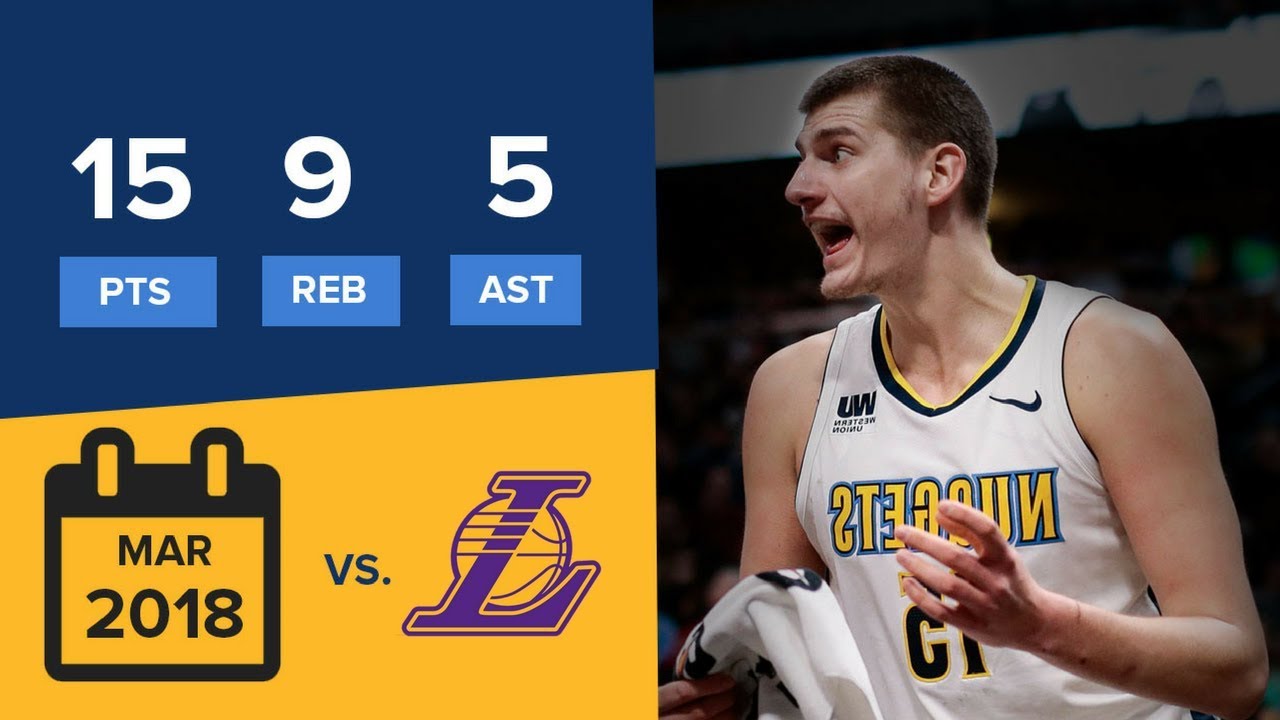 Nikola Jokic scored 15 points with nine rebounds, five assists, one steal and two triples in 27 minutes vs. the Lakers on Tuesday.

He picked up his third foul midway through the second quarter, so that explains the low minutes.

Jokic put together another efficient outing, with 15 points on 5-of-8 shooting, nine rebounds and five assists. But his battle with foul trouble — he picked up his third early in the second quarter — clearly disrupted the Nuggets’ ball movement because of his ability to find cutters, screen and pick and pop. With only 47 points scored in the first half, Denver was at risk of snapping its streak of 100-point games that has now reached 19.

Malone: “Obviously, (Jokic is) our best player. When he is out, we have to find ways to stay afloat and not to just come undone, which we did tonight.”

Murray: “He’s just so versatile, it helps everybody on this team. Everybody plays well off of him — me, as well. That hurt.”

Jokic: “You see your guys are trying to win the game, and you’re on the bench. You’re trying to motivate them or praise them, just to make them keep being aggressive.”

And even with the extra juice from the crowd, Nikola Jokic said it was “not even close” to the loudest environment he’s played in. That distinction belongs the arena in Belgrade in his home country of Serbia. As for the NBA?

“Utah is loud. Golden State is loud,” Jokic said. “It was nice to play in front of this many people and these fans, but I think it’s not the loudest (crowd).”

With the loss, the Nuggets (37-31) slipped further out of the crowded Western Conference playoff race. Denver entered Tuesday in the ninth slot but fell to 10th after Utah, San Antonio, the Clippers, Oklahoma City and Minnesota all won. Denver also dropped to 11-21 on the road, including 0-3 in games played at Staples Center against the Lakers and Clippers.

Denver returns home to face Detroit on Thursday, before embarking on a season-long seven-game road trip that begins Saturday in Memphis.