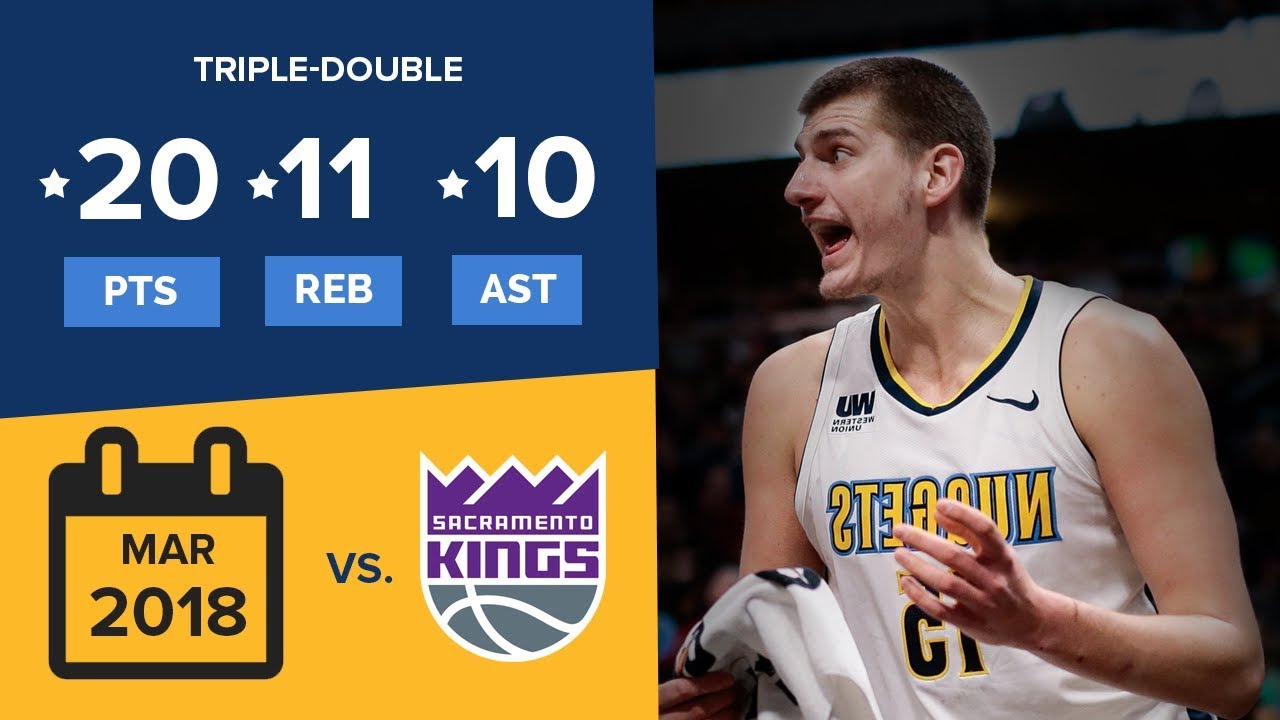 Denver dismantled Sacramento 130-104 in front of a sold-out crowd at the Pepsi Center to inch closer to the coveted eighth spot in the Western Conference standings.

Nikola Jokic recorded his seventh triple-double of the season with 20 points (8-of-10 shooting), 11 rebounds and 10 assists in 30 minutes. Harris led all scorers 21 points, while Jamal Murray added 20 points and five assists and Wilson Chandler added 16 points and six rebounds after a one-game absence because of a hip injury.

Nikola Jokic recorded his seventh triple-double of the year Sunday, leading the Nuggets to a 130-104 thrashing of the Kings at the Pepsi Center.

On one of his assists late in the second quarter, Jokic twice twirls in front of Sacramento center Willie Cauley-Stein before finding a wide-open Jamal Murray under the basket for the easy layup.