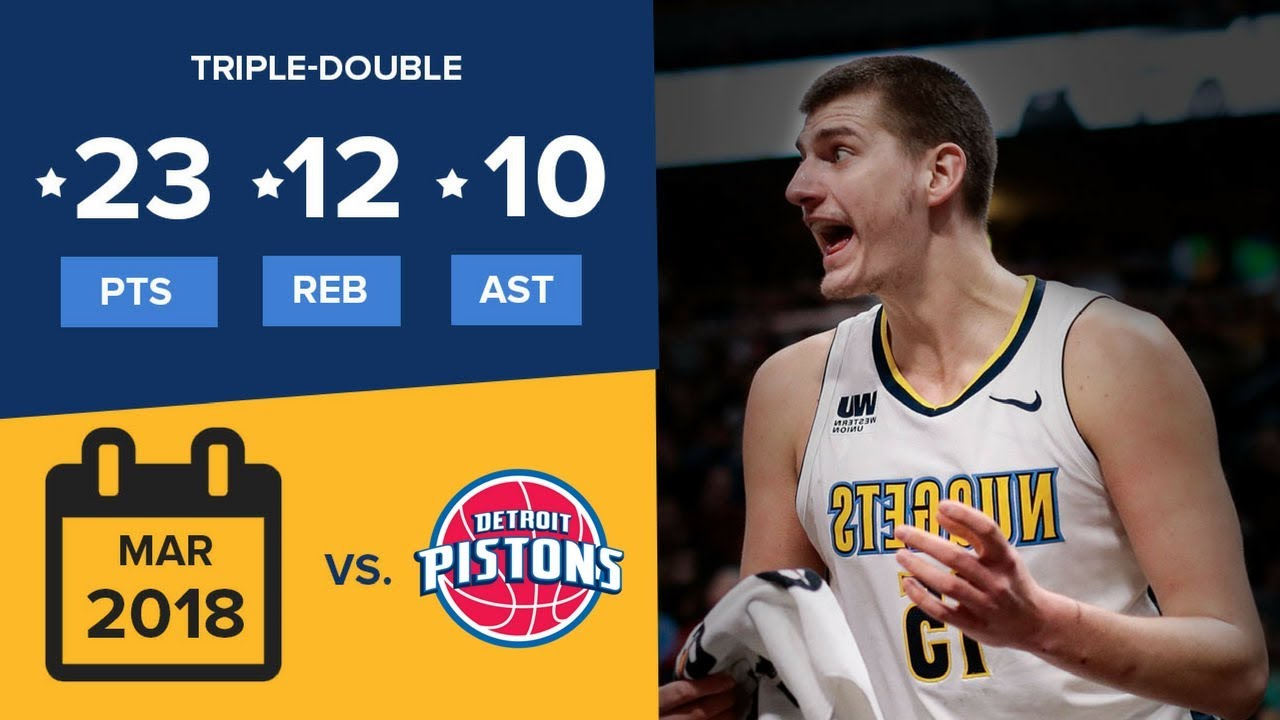 Nuggets also needed every bit of Jokic’s eighth triple-double of the season — 23 points, 12 rebounds and 10 assists — to avoid what would have been a catastrophic blow to their postseason hopes. Jokic was aggressive early, scoring 10 points in the first six minutes of the game.

Behind a triple-double from Nikola Jokic, the Nuggets held on without their shooting guard to secure a desperately needed 120-113 victory over the Pistons, one that produced far more anxiety than the Nuggets cared for after building a 96-70 edge with five minutes left in the third quarter.

The Pistons used an 18-2 run, sparked by red-hot 3-point shooting by Blake Griffin, to quickly get back into the game. A maligned bench that had helped spark the Nuggets to a 14-point halftime lead suddenly went cold when it was called upon in the second half.

The victory pushed the Nuggets (38-31) into a ninth-place tie in the Western Conference with the Clippers. The Spurs, by virtue of their victory over the Pelicans, remained one game ahead in the eighth spot. The seventh-place Jazz, who also entered Thursday one game ahead of Denver, played late at Phoenix.