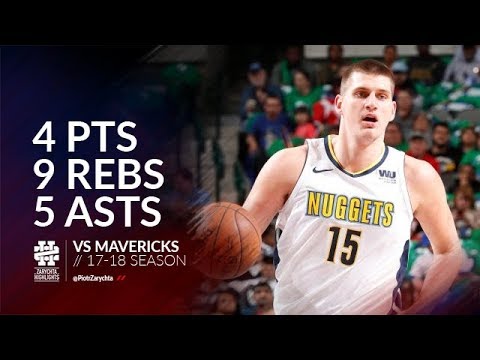 Nikola Jokic was benched for the entire fourth quarter in Tuesday's 118-107 loss to Dallas, finishing with a season-low four points on 2-of-9 shooting.

Coach Michael Malone has done things like this in the past and isn’t exactly loved by the fantasy community. What makes this benching even worse is that the Nuggets are sitting in 9th place with the Thunder, Clippers and Jazz all within a couple games of each other. Jokic added nine rebounds with five assists, one block and two steals and has seen his production fall off a cliff since Paul Millsap returned. Malone even said on Monday that his offense still revolves around Jokic, but that wasn’t the case tonight.