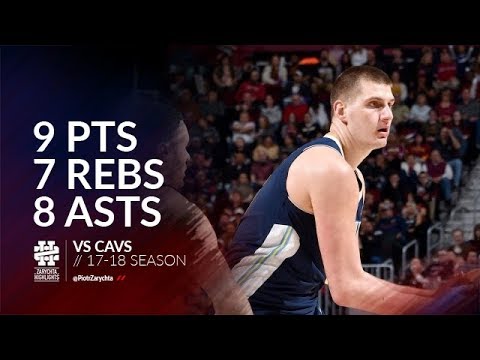 Nikola Jokic hit just 3-of-8 from the field in Saturday's game at Cleveland, finishing with nine points and a team-best plus-12 rating.

Jokic made up for the shortcomings in scoring by posting eight assists, seven rebounds and a blocked shot while also adding a 3-pointer. He has struggled with his shot a bit in two games in March, hitting just 5-of-13 (38.5 percent), but he’ll be just fine. He is just a few games removed from a three-game triple-double streak.