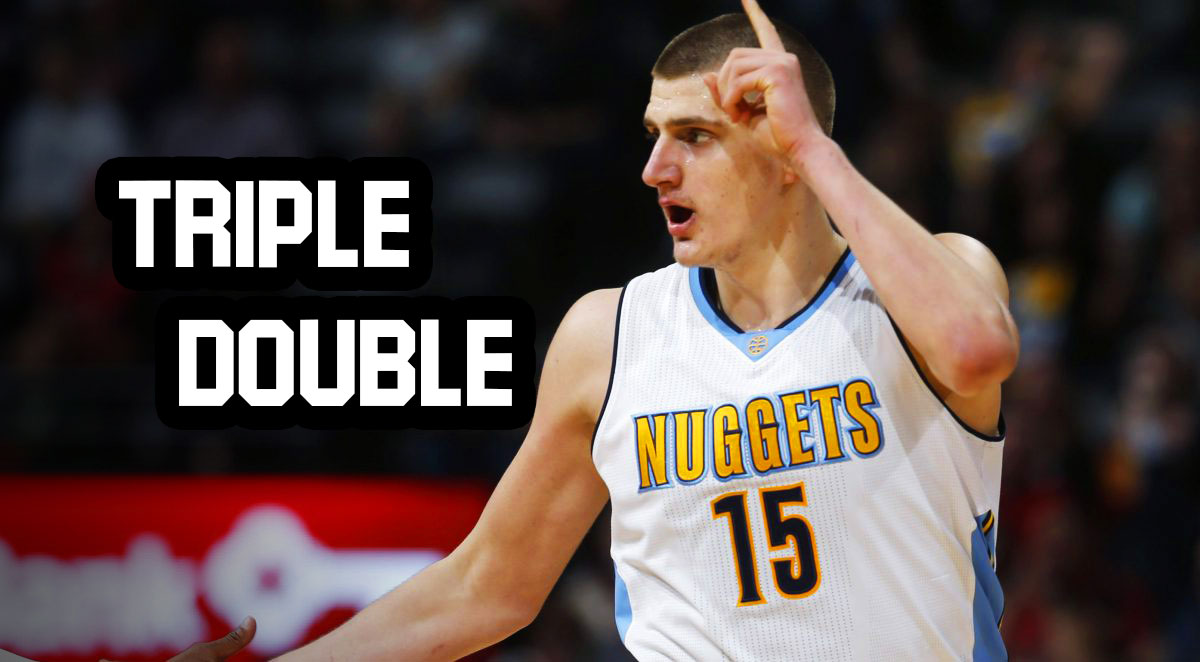 Nikola Jokic turned in one of the best stat lines of the year during a 134-123 win over the Bucks on Thursday, making 11-of-14 from the field for 30 points with 15 boards, 17 assists, one steal, two blocks and three 3-pointers in 34 minutes.

He recorded the quickest triple-double based on his playing time at just 14:33 played to break Jim Tucker’s record of 17 minutes back in 1955.

Jokic also hit the triple-double mark with 1:54 left in the second quarter to make it the quickest in the last 20 years based on game-clock time.

The Joker also joins James Harden and Larry Bird as the only players with at least 30 points, 15 boards and 15 dimes in a game over the last 35 years.

He’s also loved playing the Bucks with a triple-double in each of his last three games against them. It’s almost hard to believe how much skill this 22-year-old Serbian has.

The win was Denver’s ninth in its last 12 games to enter the week-long all-star break with positive momentum. The Nuggets also jumped back up to sixth place in the crowded Western Conference standings, holding the tiebreaker over Portland because of their current 2-1 head-to-head lead in the season series.

Jokic has been an anchor behind the Nuggets’ recent surge, averaging 19.4 points, 11.3 rebounds and 8.8 assists over that 12-game span. That tear has come after an uncharacteristically rough January, which happened to coincide with the all-star voting period.

After Thursday’s final buzzer, a large collection of fans — many of them waving Serbian flags — crowded the area behind the Nuggets’ bench. Jokic said this is common in cities like Milwaukee, Chicago and New York, where there are neighborhoods occupied by natives of Jokic’s home country. He snagged multiple cellphones to snap selfies with the group.

Maybe that support gave Jokic an extra dash of motivation, he confessed. But Jokic treated those fans to one of his finest performances — and perhaps the fastest triple-double in NBA history.