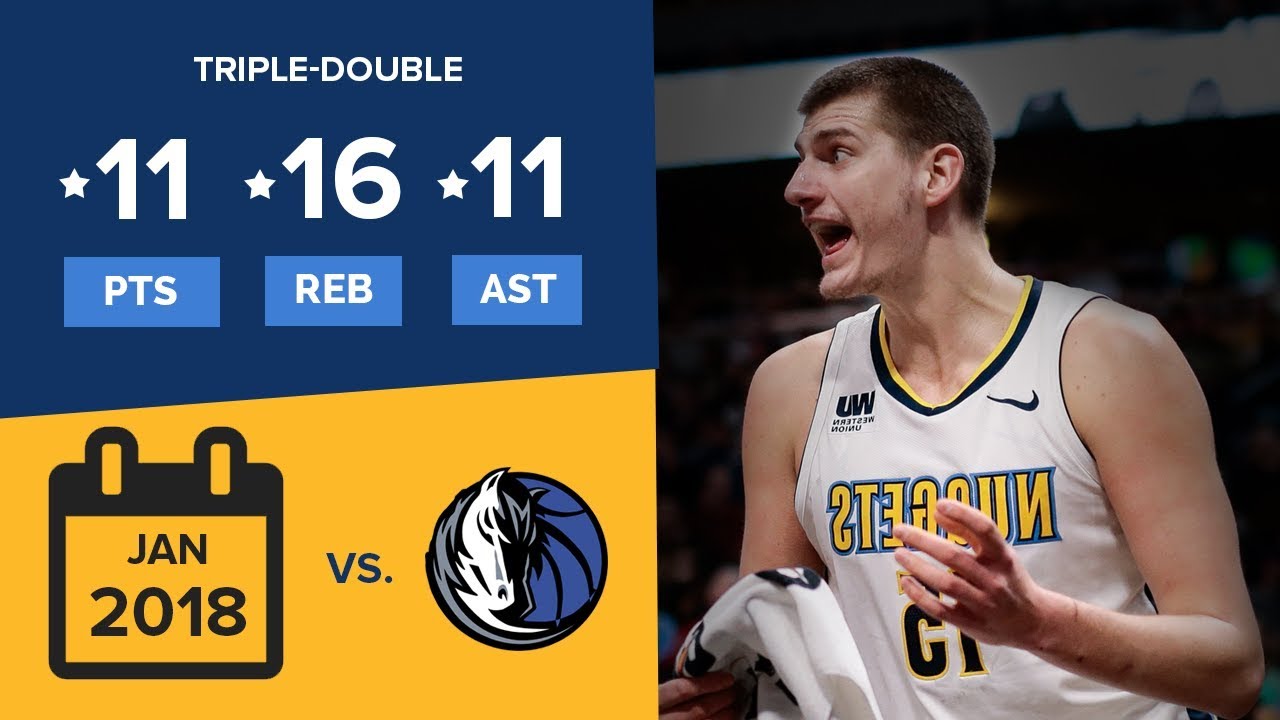 Nikola Jokic turned in his second triple-double this season.

How it played out…

It was a simple pick-and-pop play. Jamal Murray drew two defenders as he dribbled to his right and then dished a pass near the top of the key to Nikola Jokic, who fired a trademark high-arching shot from just inside the 3-point line that sailed through the basket.

That make with 1:12 to play gave Jokic his second triple-double and also turned out to be the game-winner for the Nuggets, who finished off their second fourth-quarter rally this week by beating Dallas 91-89 Saturday night at the Pepsi Center.

“We’ve seen him make that (shot) a ton,” coach Michael Malone said of Jokic. “And obviously, it was a big one tonight for him to make that shot …Tonight, obviously Nikola was a guy that made go-to-type plays.”

Jokic was all over the place with jumpers from different ranges. Jokic has played well next to Mason Plumlee and that lineup doesn’t sound like it’s going anywhere. On the lighter side of things, Jokic changed his deodorant to women’s Dove because he called his other deodorant “bug spray.” He also hinted that he will continue to wear it. We smell endorsement deal.

“We just made them work a little bit harder,” Jokic said after the match.

Jokic recorded his eighth-career triple-double despite making just five of his 13 field-goal attempts. Reporters needed to jog his memory about his game-winning bucket, because all he could remember was that he missed a 3-pointer and then got called for a charging foul following an offensive rebound on the Nuggets’ next possession.