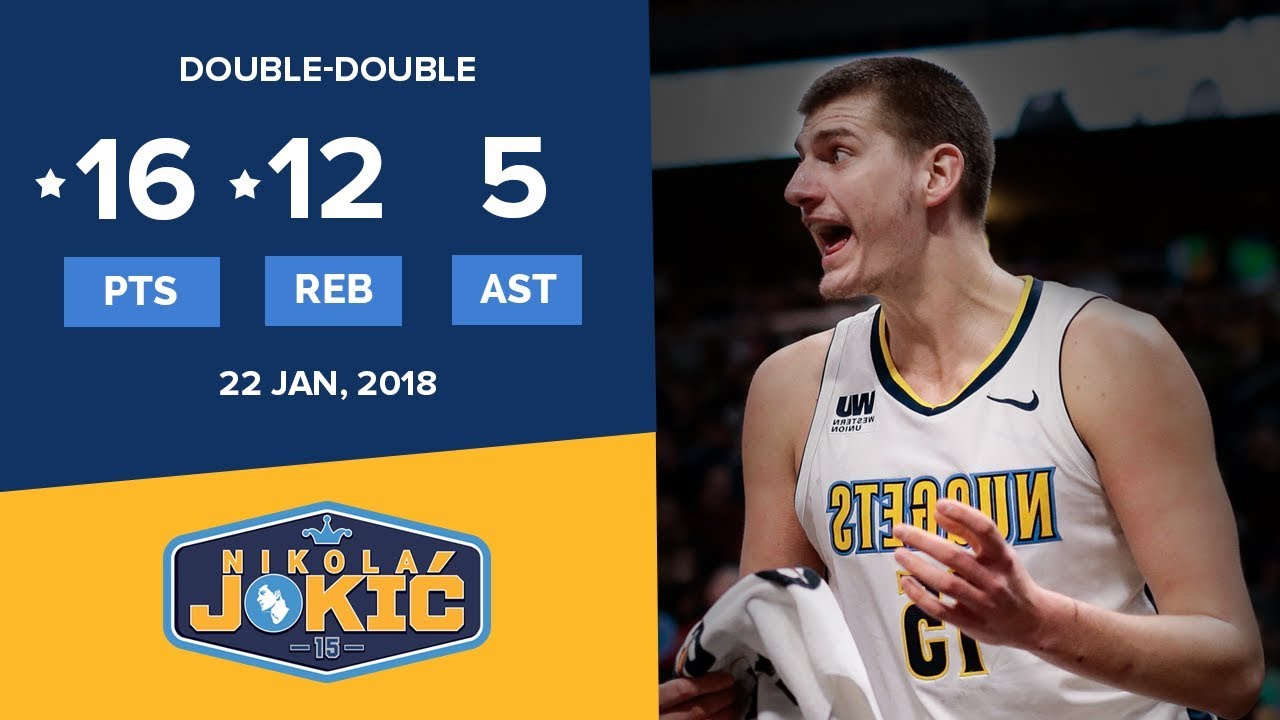 Nikola Jokic had a double-double, with 16 points and 12 rebounds, as the Nuggets were able to pull out an impressive win on their homecourt, guaranteeing that they will split the season series against the Trail Blazers.

Jokic had a momentary emotional lapse after the Portland match

“I don’t want him feeling like it’s all on him,” Nuggets coach Michael Malone said of Jokic.

As Michael Malone met individually with each Nuggets player before and after Sunday’s practice, the coach  delivered a simple message to Nikola Jokic.

It’s a delicate balance now facing the coach and player. Jokic still must control his emotions better and push through adversity, Malone said. But as Jokic moves through an inconsistent season as Denver’s unquestioned franchise player and the focus of opposing defenses, Malone believes he can also put his young standout big man in better positions to alleviate mounting pressure.

“I have to find ways to utilize him and play to his strengths,” Malone said, “without also kind of making him feel like, ‘Man, I gotta be Superman tonight.’ There is a fine line on how I do that. I don’t want him feeling like it’s all on him.”

Before recording 16 points and 12 rebounds in Monday’s comeback win over Portland, Jokic downplayed feeling any extra burden this season. He acknowledged pregame nerves, but said he does not feel the need to do “something special.”

But Malone has referenced Jokic’s mentality and body language several times during a January in which the Nuggets have struggled to a 5-6 record. Malone believes Jokic’s “overthinking” has contributed to his dip in shooting percentage (39.5 percent) and increase in turnovers (3.5 per game) throughout January. And sometimes Jokic lags to get back on defense because he’s arguing with an official, or commits a frustration foul when he does not get a call.

“Nikola’s just got to be Nikola and stay positive,” teammate Will Barton said.

“When he makes mistakes, sometimes you see him get down. He’s still a kid. He’s just got to learn to stay more mentally tough and he’ll be fine.”

The Nuggets’ concerted effort to return to their free-flowing style of last season could assist Jokic, allowing the 6-foot-10 Serbian to facilitate and fill out a well-rounded stat line that sits at 16.2 points, 10.4 rebounds and five assists per game.

Jokic had a momentary emotional lapse Monday night when he dropped his head and arms after getting the ball poked away by Trail Blazers guard Shabazz Napier. But following Denver’s big win, Malone highlighted a demeanor from Jokic that the coach described as “engaged” and “encouraging.”

Nuggets point guard Jamal Murray, whose career-high 38 points against the Trail Blazers illustrated that Jokic does not need to do it all, noticed a similar approach.

“When he has that kind of attitude, it uplifts everybody,” Murray said of Jokic. “When he gets frustrated — when anybody gets frustrated — they have a tough game. (Monday), he fought through the adversity, and we needed him to do that.”