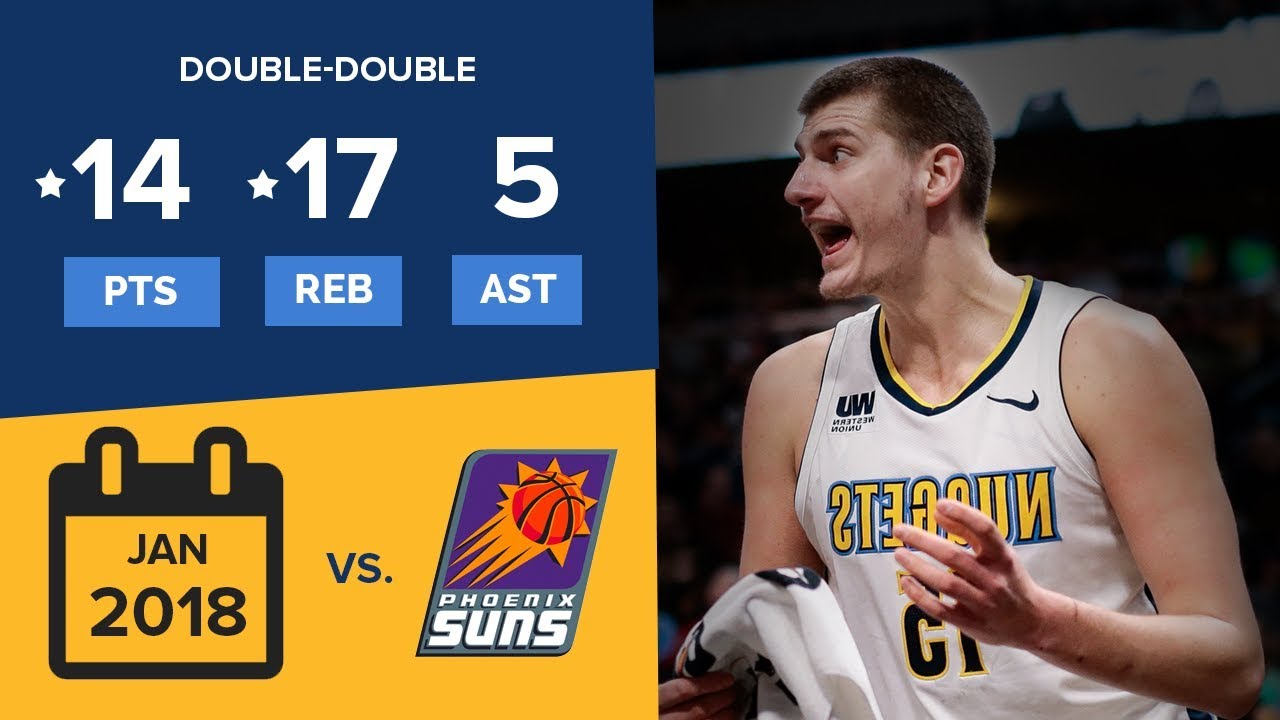 It was Denver’s sixth loss in eight games to fall to .500 for the first time since early November.

Nikola Jokic scores 14 points with 17 rebounds, five assists, six turnovers and two 3-pointers in 35 minutes against the Suns on Friday.

He also had an 18-board game in the last outing he didn’t start next to Mason Plumlee and just eight in his start next to Plumlee on Wednesday, so it’s fair to say his rebounding will increase as long as coach Mike Malone avoids that two-center lineup. You never know with Malone, but Jokic should still be able to produce huge lines regardless of what Malone has cooking.

Six of Denver’s 16 turnovers came from Nikola Jokic, who averages a team-high 2.7 per game. That’s partially understandable, given how much of the offense flows through Jokic. And he often complements the lost balls with dazzling passes. But he’s now got eight games this season with at least five turnovers.