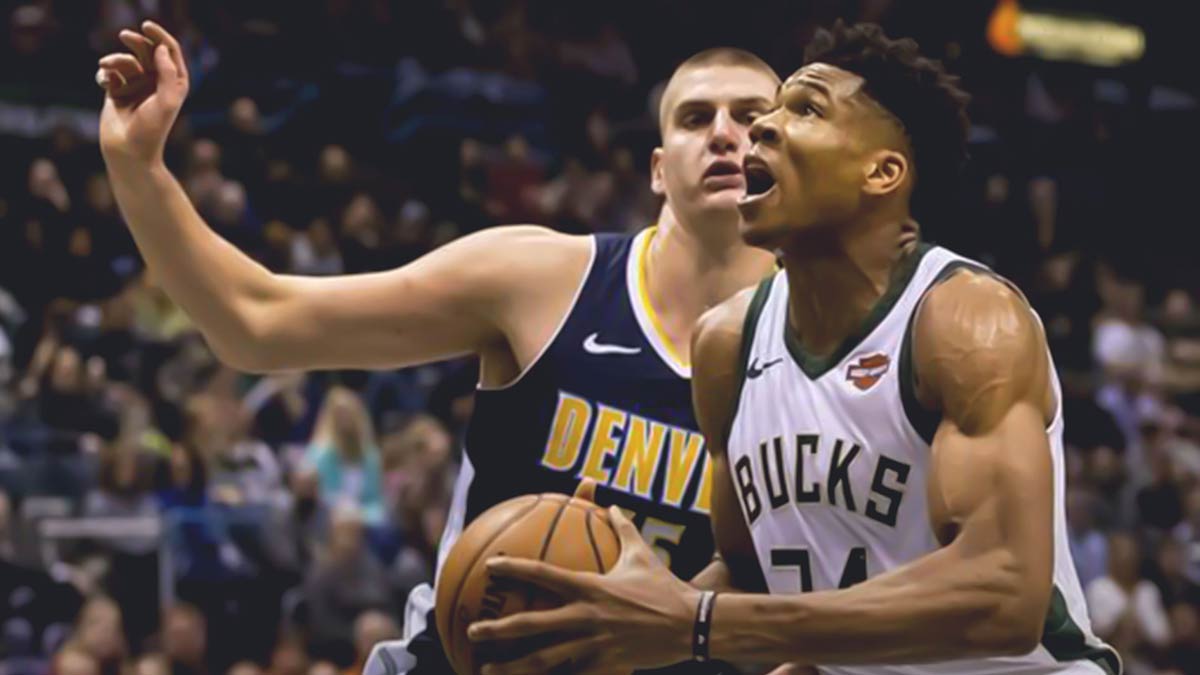 What makes Nikola Jokic so effective? A comparission between Giannis Antetokounmpo and Nikola Jokic

In many ways, the NBA is a copycat league with very little variation from one team to the next. Everybody runs the pick-and-roll, plays with as much shooting and spacing as they can manage, and draws from the same playbooks for most of their games.

And yet, right now the league is in a period of wild experimentation and rapid evolution. This is particularly evident among the league’s young big men. In New York, Kristaps Porzingis shoots threes, blocks shots, and occasionally crosses up defenders; in Philadelphia, Joel Embiid looks like Hakeem Olajuwon when he doesn’t look like Kevin Garnett; in Minnesota and New Orleans, Karl Towns and Anthony Davis are doing everything, and then some.

Simply put, the NBA is flush with young, tall guys who have unusual and unique skill sets. Two of them have flown slightly under the radar, and both are worth a closer look, because they embody just how delightfully broken the league’s big man mold has become. In Milwaukee, there’s a super-athletic point guard with freakishly big hands and long arms; in Denver, there’s one of the least athletic centers around, who only happens to pass better than most point guards, and has a basketball IQ well beyond his years.

Of course, I’m talking about Giannis Antetokounmpo and Nikola Jokic. Let’s take a closer look at both.

The first and most obvious weapon Giannis—we’re going to use his first name from here on out, under the Coach K Spell Check Exemption clause of the AP Stylebook—has is his ability to cover absurd amounts of space. At 6-foot-11 with a 7-foot-3 wingspan and legs that can cover the length of the court in just two dribbles, Giannis is a beast as an off-ball defender.

Just look at how far he is able to play off of James Jones in the corner, knowing that he can still recover quick enough to contest a spot-up three if LeBron James makes the pass. Most players wouldn’t venture half that far off of James’ favorite spot-up shooter, but Giannis doesn’t think twice. Even James wasn’t tempted to attack Giannis here, opting instead to drive away from the lanky defender and toward the side of the court with more help-side defenders.

The Bucks maximize Giannis’s length by employing a very aggressive defensive scheme that requires quick reads and covering lots of ground on every possession. They have three main principles:

This type of defense is becoming more and more common in the NBA, but for teams that lack length and quickness, it can be mentally and physically exhausting. Fortunately, the Bucks have both of those things in spades, and having Giannis unlocks this scheme’s full potential.

Opposing offenses have to be especially disciplined against Milwaukee. Teams lacking patience can get caught trying to make home run passes, playing right into Giannis’ (giant), gap-shooting hands. The Bucks rely very heavily on forcing these types of turnovers, especially off deflections. As a team, they produce 10.1 steals per game and a NBA-best 21.2 points off of turnovers in their wins. (Those numbers drop to 6.4 and 14.3, respectively, in Milwaukee’s losses). Giannis himself grabs 2.9 steals per game in the team’s 13 wins and just 1.3 in their 14 losses, a very stark contrast and evidence of just how important his freakish court coverage is to his team.

Passing on the move

Despite being a fairly inefficient scorer from everywhere outside the paint, Giannis is one of the most dynamic offensive talents in the NBA thanks to his passing and vision. He’s leading the Bucks with nearly six assists per game, up from 4.3 per game last season and 2.6 the year before. His height and length allow him to see over the top of entire defenses, not just the on-ball defenders in front of him.

He also has the ability to make great passes on the move. Many tall players are good passers when standing still or posting up, but Giannis has become very good at making passes at full speed, often dropping the ball through tight windows. His patented assist is the wraparound, in which he attacks the second line of defense at full speed before reaching around the defender to drop the pass off for a dunk.

Passing on the move is especially useful since Giannis is such a deadly scorer on cuts and rolls to the rim. He’s the only player in the NBA to score at least three points per game on cuts while scoring at least 1.5 points per possession. Only four players—Giannis, Kevin Durant, Porzingis, and Jokic—score at least two points per game off of cuts with that efficiency.

This forces defenses to react early in order to keep Giannis away from the rim; he counters with quick thinking and smooth drop-off passes. Check it out in this clip:

While Giannis’ passing and height help him as a scorer and passer on cuts or as the roll guy, he is also very deadly as the ball-handler in pick-and-rolls. This is especially true out of “Elbow Get,” one of Milwaukee’s go-to plays. This set puts Giannis into a pick-and-roll with the center in a sort of “G-5” configuration. G-5 is more accurate than 1-5, 3-5, or 4-5 since it doesn’t really matter what position Giannis is actually playing. Defenses usually guard him with their tallest wing player, but teams rarely contain him when he receives the screen from the big.

Even when teams defend that action perfectly, Giannis still has such a unique body that he can make impossible plays around the defense.

Don’t forget: Giannis is only 22. We have no idea what his ceiling is. If he ever becomes a reliable jump shooter and can draw defenders even further out on pick-and-rolls, the league is in big trouble. Moreover, his basketball IQ is still improving, almost on a game-to-game basis. LeBron James has lost a step or two since his athletic peak, but still dominates games with his size, feel, and smarts. Giannis is two inches taller, and while he will probably never be the player that James is, he’s only skimming the surface of what he can become with time and continued development.

Jokic is a true center. He plays the position exclusively. He’s adept at exploiting mismatches in the post or on the glass whenever teams attempt to play small against him. He ranks No. 15 in offensive rebound rate among players to play at least 20 minutes per game, and he’s scoring 1.0 points per possession on post-ups this season, a very efficient mark on just 44 shooting possessions.

Jokic’s infrequent post-up shot attempts are surprising for a center with his skill set—but there’s a method to his madness. Jokic rarely forces shots out of the post unless he feels confident that he will either score or draw a foul. Otherwise, he operates as a sort of quarterback from both the low-and-mid post, using his moves to sucker defenses into double-teaming him, and then delivering the ball to open teammates.

Efficiency-wise, kick-outs on three-pointers and cuts to the rim are much more valuable than post-up shots themselves, and very few bigs have the knack for drawing double teams the way Jokic does. Great passers don’t just find open guys—they actively help teammates get open. Jokic uses the threat of his post scoring to create openings for other players, a skill that is extremely valuable in today’s NBA.
Short Shots

This skill is especially valuable because it flummoxes standard NBA rim protection, opening up driving and passing lanes. When defenders play too high on the drive, Jokic rolls all the way to the rim for the lay-in, just like every other great center in the league. But when defenders collapse to protect the rim, Jokic rolls to that spot just outside the restricted area and knocks down the 7-foot touch shot with incredible efficiency.

For the modern NBA big man, the dribble handoff (DHO) has become a crucial skill. It’s a pick-and-roll league, but many of those pick-and-rolls come from dribble pitches between the center and a wing player at the top of the key or on the wing.

This action is so important because it accomplishes a number of things at the same time. First, it draws rim protectors away from the paint. Second, it reverses the ball from one side of the court to the other, forcing all five defenders to adjust from strong-side to weak-side responsibilities. Third, placing the ball in the center’s hands puts the defender guarding the player who is receiving the DHO in an incredibly difficult spot, having to fight over the top of the handoff while not overplaying and getting beat back door or lost around a curl.

Jokic is as good as any center not named Marc Gasol at DHOs. He is a threat to shoot the ball anywhere inside the arc if a big attempts to sag off of him on the elbow and protect the paint. He can also hunt for another quick DHO that will leave a shooter like Jamal Murray or Gary Harris wide open for a catch and shoot three. Switch the handoff, and Jokic meanders down onto the block, where he is especially dangerous posting up smaller defenders.

Most importantly, Jokic makes the right read on DHOs almost every time. Over the last 15 games, the Nuggets have a 115.5 ORTG with Jokic on the floor—not coincidentally, that corresponds with the team moving him back to center after inexplicably starting the season with him playing power forward. Over that same stretch, Jokic is second on the team in potential assists and points created on assists per game, despite playing the seventh-most minutes per game of all the players on the Nuggets roster.

And even those numbers don’t do him justice. After floundering for the first 25 games of the season, the Nuggets have finally put the ball in Jokic’s hands and are allowing the offense to flow through him. In a win over the Dallas Mavericks last Sunday, Jokic had 60 front court touches, the most of his career, en route to a near triple-double of 27 points, 15 rebounds, and nine assists.

Jokic already looks like the best passing center in the NBA. Gasol, Mason Plumlee, and Al Horford have done it longer and more consistently, but now that Jokic has been unleashed as a point-center, his assist numbers are certain to climb. Few traditional centers in the history of the basketball can make the difficult highlight passes Jokic makes on a regular basis. Check out this highlight reel, which features no-looks, one-handed lobs, and funky sling passes on the move. Notice how many produce open three-pointers, lay-ups, or and-ones:

Jokic’s mix of traditional center skills, point guard passing, and silky short-range shooting make him a game-changer. Opponents can’t defend him the way they defend other centers. He still struggles on defense against above-the-rim players like DeAndre Jordan and Andre Drummond, might never be a good shot-blocker, and needs to add a lot of strength. However, he’s already a very good positional defender and forces teams into difficult attempts. He ranked 6th in ESPN’s defensive RPM among centers last season despite blocking just 50 shots.

Like their more-celebrated peers, both Giannis and Jokic are pushing the boundaries for what NBA big men can be. Traditional, back-to-the-basket centers might be dinosaurs, but the future of the league’s tallest members looks bright. 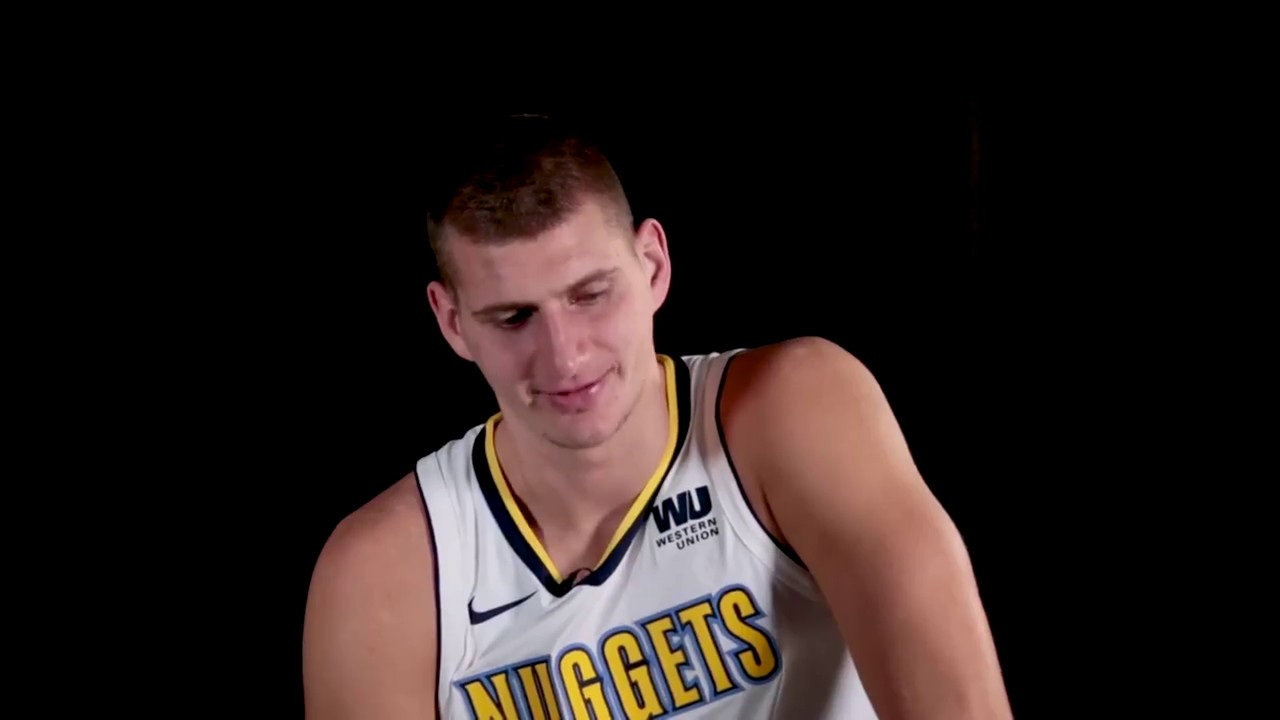