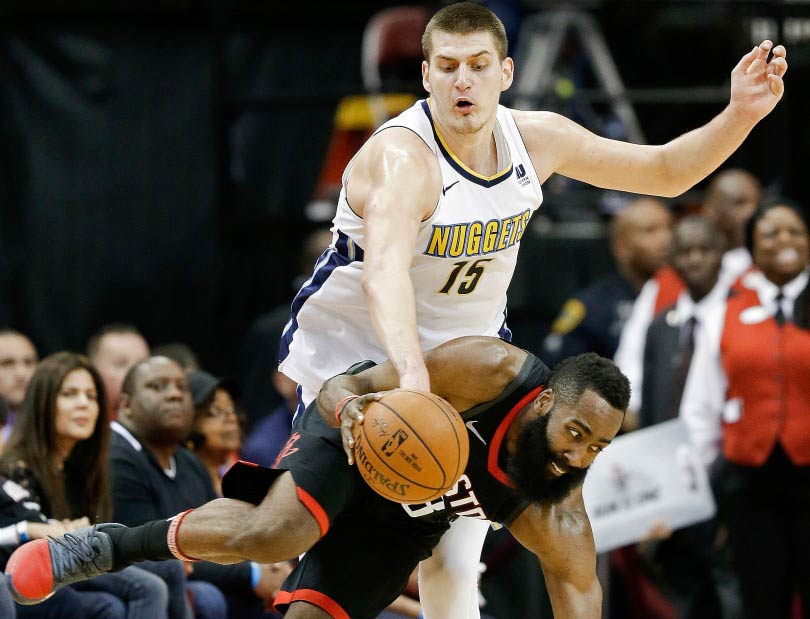 Though this game got completely out of hand in the second half, the score was within 10 points about midway through the second quarter. Denver perhaps could have chipped into that lead a bit more if Nikola Jokic, who went 3-of-4 from the floor in the first half, had asserted himself more when they switched James Harden onto him in the post.

“No disrespect to James Harden, (but Jokic’s) got to score,” Malone said. “He can’t look to kick out like he was looking to kick out every time tonight … if they’re going to switch James Harden onto him, he can’t let them get away with that.

“They stayed with it, and obviously if they do that again next time, we have to be a little bit more aggressive in our pursuit of exploiting that matchup if we can.”